At the foot of Mount Cantenna, now it stands, the inhabited area called Giungano. This village is surrounded by a territory dominated ancient olive groves and vast vineyards with lovely views of the Gulf of Agropoli-Paestum and the Gulf of Salerno. Tourists and travelers who arrive in this country leaves behind the old sea of ​​Paestum and the large Piana del Sele and crosses ancient countries which retain the harmonious relationship between man and nature. Through the numerous paths of Monte Sottano and Monte Cantenna you can be seen clearly important routes of botany and naturalistic between the slopes, the cliffs, ravines, springs, waterfalls and caves.

According to tradition the name of the country “Iuncano” derives from “iuncus” (reed) for its processing the locals were famous. Giungano is located along the ancient road that connected Paestum, Alto Cilento and Lucania. Archaeological finds, now preserved in the museum of Paestum, show that the area was inhabited since the Paleolithic. Its foundation dates back to the period in which the inhabitants of the fallen Paestum left the coast and the flat became too dangerous because of the Saracen invasions and the spread of malaria. Local memory is said that the first house was built by such a Zappulli; in 1003 AD

In the Middle Ages Giungano it became a powerful fiefdom, so that its territory arrived to reach the sea. Between the seventeenth and eighteenth century. They were built the Palazzo Ducale and the Palazzo Picilli. Among the vassals of Giungano there were the powerful Doria Garofalo and that kept the feud until 1806 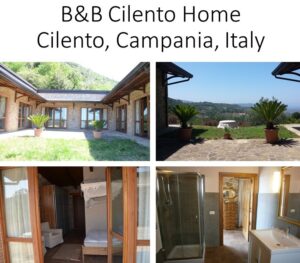